HomeSports‘I go my own way’: Sporting icon on living life on the edge
Sports

‘I go my own way’: Sporting icon on living life on the edge

The Austrian Formula One driver pulled off one of sport's greatest comebacks after recovering from life-threatening burns and lung injuries in a horror crash in Germany in 1976 to win two more world titles.But the straight-talking triple world champion, who has died at the age of 70, didn't believe in miracles or the sentiment of the silver screen.The Austrian built his own legacy by defying not only death on the track, but also his family, employers and arch rivals along the way."I go my own way," Lauda told CNN's The Circuit in 2013."Thank God, I learned in sport, that there is no excuse. It's very simple, if you're first, second or third there's no discussion. "If something goes wrong, look into yourself first — what did I do wrong? "I only see black and white, I have no gray areas and I hate them. "I try to analyze, take the decision, even if it's the wrong one, it's better than making no decision because if you take no decision you never find out what you have to do. "READ: Three-time F1 champion Lauda dead at 70 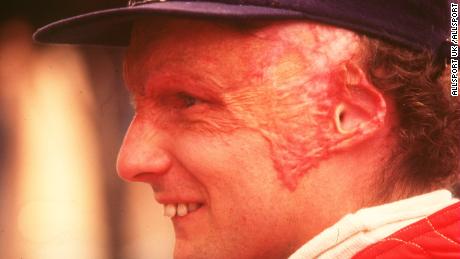 Lauda was born into a wealthy Austrian family four years after the end of World War II, but despite growing up with privilege he learned quickly that he would have to make his own way in the world.His family disapproved of their teenage son's racing ambitions. When Lauda found an Austrian bank to sponsor his debut with the March F1 team, his grandfather — who happened to sit on the board of the bank — scotched the deal."He said, 'No way! If this is my grandson, you will not sponsor him,' " Lauda said."I really got upset with him and said, 'Leave me alone, it is my own business.' Then I started racing my own way."READ: 'Rush' relives F1's death or glory daysLauda bankrolled his own way on to the F1 grid, making his debut in the 1971 Austrian Grand Prix for the uncompetitive March team.His decision to take out further bank loans to finance his F1 career paid off at the end of 1973 when he was signed by Ferrari — but even this new era with the sport's most iconic team saw Lauda continue to do things his way."I remember my first test in Fiorano," he recalled. "I drove the first couple of laps and (team founder) Enzo Ferrari was there and Piero his son to translate."Ferrari said, 'So kid, what do you think of this car?'"I said the car was s**t. And Piero said, 'You cannot say this. You cannot tell my father that the car is s**t because he will throw you out. Tell him it's no good, it sounds a little better.' "He told him and the old man really got upset because I criticized a Ferrari."READ: The crashes that changed Formula One 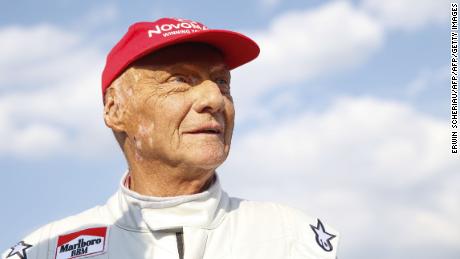 Lucky to be alive

Lauda soon earned the respect of "Il Commendatore," a proponent of tough love who the Austrian described as "the most charismatic guy I have ever met in my whole life."In 1975 he stormed to five wins to capture his first world title with the Italian powerhouse — but the following season fate cruelly intervened.Going into the German Grand Prix at the notorious Nurburgring circuit, which he had asked his fellow drivers to boycott due to its poor safety setup, Lauda was leading the 1976 title hunt.He came out of the race fighting for his life.Lauda's Ferrari burst into a fireball after a crash on the second lap. He was pulled from the flames with severe burns and lung damage. Lying in hospital later that night, he was administered the last rites by a priest.Typically for Lauda, he saw things differently. At the age of 27, he summoned his will of iron to find a way back.Just 42 days after his crash in Germany, Lauda was back in the cockpit of a Ferrari and racing to defend his title at the Italian Grand Prix.It was a comeback that defied the medics and his rivals. Lauda called it the most courageous decision in his F1 career."First, I knew about the danger," said Lauda, who wore a baseball cap to hide the scars left by his fiery crash."I went to every accident, even if I was not involved or didn't see it, to understand what happened."The accident did not surprise me because I knew it was dangerous. I told myself, 'I was luckyRead More – Source